English
Mary Kostakidis
Nothing is green inside – a small internal courtyard is barren & desolate, the sky framed by razorwire. An astonishing place to hold a journalist, editor and publisher. 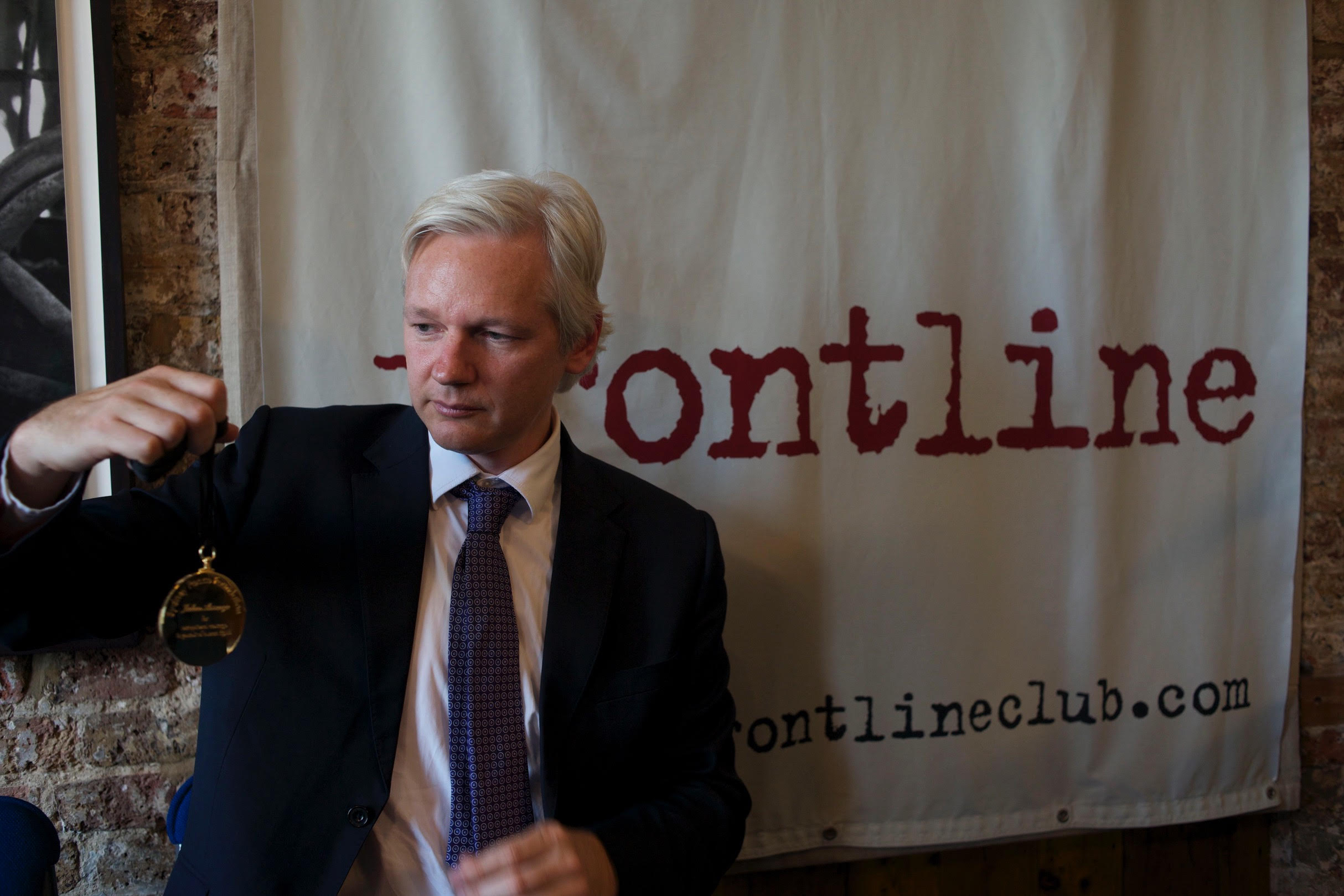 In the cacophony of talk I quickly scoured the room for Julian. He has been held effectively in solitary confinement for many months, the hallways cleared of other prisoners before he is allowed to pass. Among 50 or so inmates and their visitors, he was not difficult to spot. He sat impassively staring ahead and I raced over to give him a bear hug. He knows little now of what is happening outside. Yes we are still there for you. Yes we won’t stop until you are released. A frenzy of talk. Though clearly unwell & struggling to focus he prevails, he articulates, and yes he is still there. Despite years of persecution and now this, he is still Julian. Fiercely intelligent. Assange has had a singular and clear purpose and pursued it so successfully the world’s greatest power is determined to destroy him and in so doing frighten others. This is the price paid by anyone who takes large and courageous strides in resetting the power imbalance, in empowering citizens with information, in bolstering democracy. He knows his life now depends on us. 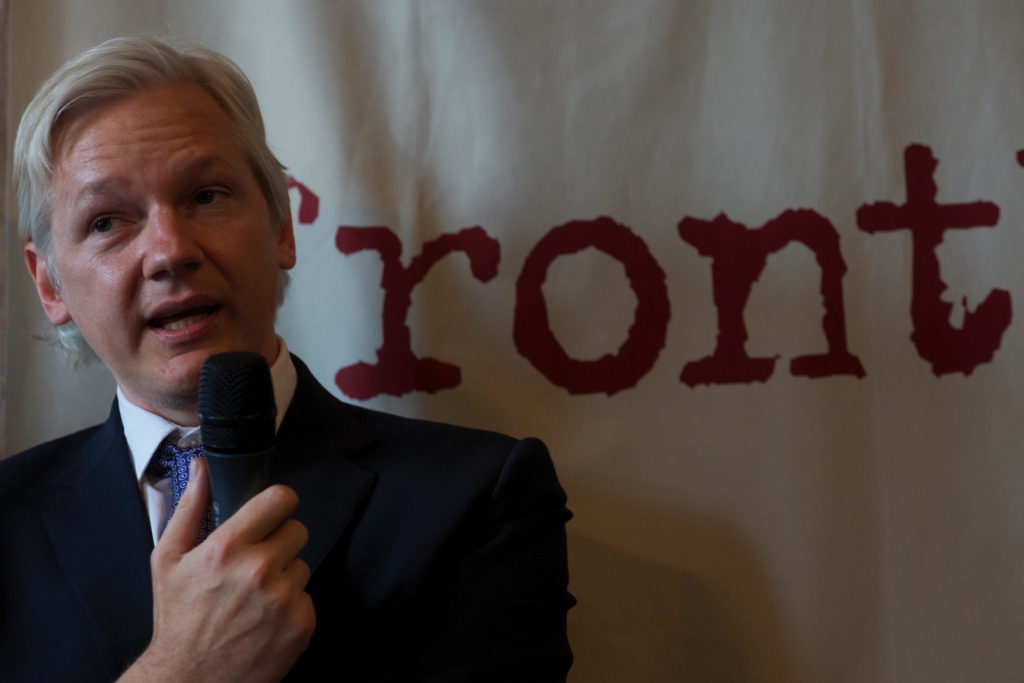 These brief encounters with family, supporters or his legal team are all too infrequent. In a litany of abuses of due process, his legal team have had little access to their client to prepare his case – a case where his powerful opponent has had ten years to prepare; Julian has no access to the tools he needs – his work & all his devices confiscated and handed over to the CIA; his opponent has been able to spy on privileged client/lawyer meetings for years in the Ecuadorian Embassy – an imbalance that cannot be redressed and for this reason alone the extradition should be denied. To date the judge has shown no sign of impartiality, denying any request made by the defendant’s lawyers, including an extension of the date evidence is due to be submitted. We shall see the full force of British justice when the extradition decision is handed down, in a case that is clearly politically motivated, and facilitated by a treaty that includes an exemption for politically motivated extradition.

The US has charged Julian Assange with 17 counts under the Espionage Act and one conspiracy charge. The latter carries a sentence of 5 years, but in total the years of incarceration sought is 175 – an effective death penalty. The extradition hearing is scheduled to begin on 24 February, for a historic prosecution under the Espionage Act for journalistic activity, activity indeed undertaken outside the US. According to CIA whistleblower John Kyriakou & others familiar with prosecutions in the Eastern State of Virginia, Assange will not receive a fair trial in the US. His successful prosecution will set a dangerous precedent & have a chilling effect on journalists and publishers all over the world, for it will enforce a domestic US law as a global one. This will have been achieved not by prosecuting the editors of The New York Times or The Guardian (who in fact published material from the 2010 Afghan releases before Wikileaks did due to a technical glitch – this fact is discoverable & has passed largely unnoticed but was raised publicly recently by my former colleague Mark Davis who was in “the bunker” with Assange, and senior journalists from the New York Times, the Guardian & Der Spiegel in the lead up to the release of the documents), but by prosecuting someone who has been so comprehensively maligned and vilified that he will have little support. How is it that Australia so happily relinquishes sovereignty to allow this to happen to one of its citizens? You have only to look at the number of cases here where the Australian government is prosecuting whistleblowers and journalists after first introducing laws that criminalise journalism. 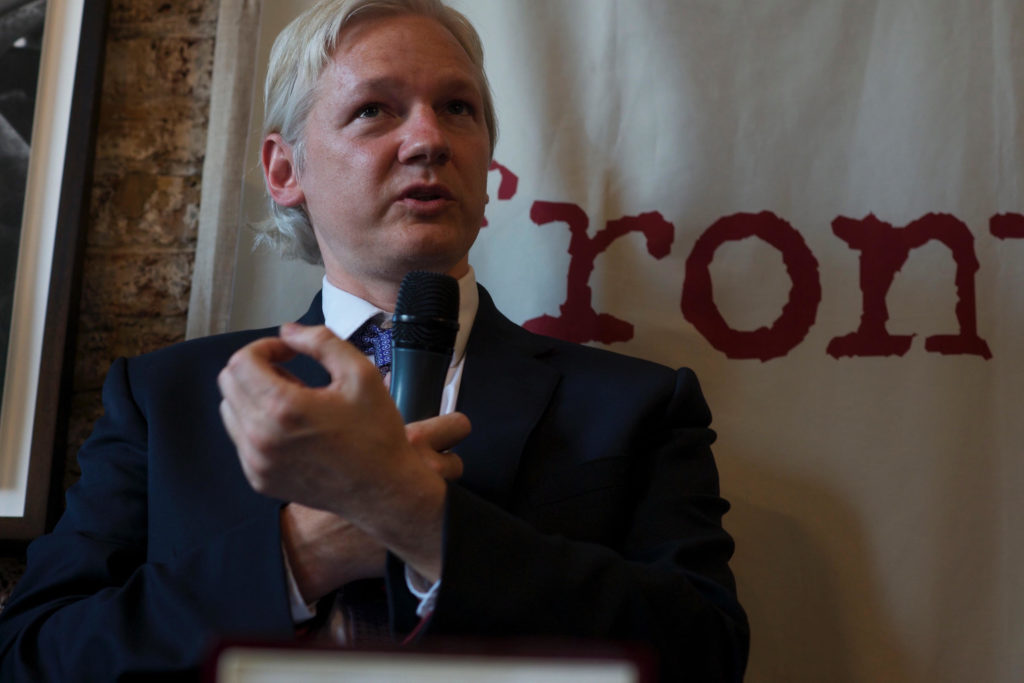 In May 2011 while under house arrest, Julian’s then limited freedom of movement enabled him to attend London’s journalists’ Frontline Club, where as Chair of the University of Sydney’s Peace Foundation, along with its Founding Director Prof Stuart Reece, I presented him with the Sydney Peace Medal for his courage and tenacity in the pursuit of human rights – one of the first of scores of awards he & Wikileaks have received since for journalism. The vilification had begun. The stakes were high as would be the price he’d be pursued to pay. A year later, Julian entered the Ecuadorian Embassy where he sought and was granted asylum for his legitimate fear of political persecution.

In early 2013 I visited Julian in the Ecuadorian Embassy over 3 days. It was clear he was going to need people to support and defend him. I wanted to understand better at a personal level the person whom I would be defending. I found no narcissist, but a principled & courageous young man with a strong intellect, a sophisticated and nuanced understanding of the geopolitical landscape and clear ambitions – to protect the identity of whistleblowers and to empower citizens with the truth, with information to hold the powerful to account. He has made an enormous contribution to journalism and to democracy. And for this he is in Belmarsh prison while none of those those whose crimes he has exposed have been tried.

I was finally given approval to visit Julian on 8 October last year, after a couple of months of inexplicable delays in appearing on the prison’s approved list of visitors & waiting in the northern hemisphere. The allocated time passed all too quickly & after leaving him I hurried to make notes of our conversation lest I forget an important detail. Back outside on the lurid green lawn again, I stopped for a photograph of the outside of the prison. A prison officer scurried out to insist any shot of the prison is deleted: “You are standing on Crown land.”