Greece: a country of riches led by impoverished minds

EnglishΕλλάδαΚοινωνία
From the insane drive to allow large corporations to extract oil and minerals from under Greece as quickly as possible, to the bone-headed move to open the country’s forests and coastline to Spanish-style large scale developments, to tourism policies firmly rooted in the 20th century, Greek government ministers are demonstrating that they are small-minded, frightened technocrats unfit to call themselves leaders. This country is rich but their short-sightedness, if allowed to continue, will lead to its true impoverishment.
Pavlos Zafiropoulos
Pavlos Zafiropoulos
|

I am relatively young, university educated and fully bilingual (indeed English is my first language). I could live in any number of developed countries with intact social safety nets, decent salaries, unemployment in the single digits and a functioning civil service.

Yet I choose to live in Greece because I believe it is a rich country. And I refuse to abandon it to morons.

That Greece is wealthy may sound ridiculous given the country’s soaring debt and the crushing economic misery of the past few years. Yet modern-day economics is only one measure of wealth and one that is increasingly being exposed as fundamentally flawed. A pyramid scheme backed by unrepayable debt where the rich reap ever greater benefits just by the virtue of having money, while the poor are told that it is all in their best interests.

Mountains, forests, healthy seas and rivers, and fertile lands are much more important to me than the numbers in computers that we count as money (note that only about 8% of money worldwide actually exists as physical cash, the rest is stored on hard drives).

And when I look at Greece I see one of the richest places in the world with untold potential for a booming sustainable economy, one with more than enough human and natural resources for everyone to live very, very well.

First of all we have lots of fresh, clean water creating machines. These are colloquially known as ‘mountains’. The idea that Greece is a dry land is a fallacy, cultivated to a large degree by tourists whose images of Greece stem primarily from visiting the islands of the Aegean (which are dry) in the summer. But go anywhere else in mainland Greece or the Peloponnese (or check it out on Google Earth) and you will see that it is green.

Each of our many, many mountains pokes into the clouds triggering rainfall which turns into fresh, clean streams and rivers. When was the last time you drank water that was not out of the tap or a bottle with no worry about its cleanliness? In Greece the number of springs where you can do that are countless.

Aside from the downside of having relatively frequent earthquakes, Greece lucked out geologically. The collision of the African continental plate with its northern neighbour has created a topography that is among the most complex on Earth.

This great wrinkled landmass in such close proximity to the seas creates a diversity microclimates that is unique on a worldwide level. So it follows that we (still) have one of the richest diversities of plants and animals in Europe, both in terms of natural and cultivated species and subtypes. Our topsoil (an incredibly undervalued asset) is rich, spared (by luck rather than design) in many places by the chemical abuse described as ‘agricultural development’ in the west. And because peoples and societies tend to adapt to their natural surroundings (despite the common belief that somehow the opposite happens) Greek culture is also similarly diverse in its agricultural traditions and practices.

And this is not to mention that productive powerhouse that is the Mediterranean sea. Dotted as it is with the islands of the Greek archipelago, the areas where fish can reproduce and grow are innumerable. It is a wealth that (still) keeps on giving despite our best efforts to overfish it and kill the goose laying the golden eggs.

As any student of biology knows it is diversity that is the source of resilience, not homogeneity which is a source of weakness.

Give me the diversity of small farms of Greece any day over the vast chemically dependent monocultures of Iowa.

Give me the varied topography of Greece any day over the flatlands of Holland.

Give me these resources that have existed for countless millennia and the debt be damned, that recent phenomenon created by a bunch of greedy idiots and the small-minded politicians they purchase.

This brings me to the current batch of short-sighted fools currently determining policy in Greece.

They, unfortunately, see the mirror image of what I have described. They see the numbers in computers as more important than the eternal productivity of the land they so unfortunately govern.

And so, the so-called Minister for the Environment, Energy and Climate Change, Yiannis Maniatis, has been busy doing all he can to bring oil companies in to drill for oil and gas off the coast of Crete and the Ionian, and in Western Greece, recently inviting offers for the exploration rights from all the usual suspects (such as BP of Deepwater Horizon fame, Shell which has been busy destroying the Niger Delta, etc). Mr Maniatis sees the 10-20 or so billion euros that Greece will get (under optimistic scenarios) over the course of a decade or two out of oil exploration as a decent price for putting its tourism and fishing industries at risk which bring in tens of billions of euros per year. Displaying an impressive level of cognitive dissonance he thinks vague assurances regarding ‘the most modern technologies’ and ‘respect to the environment’ solves all problem and means that tourists and fisherman and whales and dolphins will happily frolic around the oil rigs he is so disastrously intending to bring to Greek waters.

Mr Maniatis also sees no problem with mining once again deploying that trusted term: all, he says, will be conducted with utmost ‘respect to the environment’ as he blithely waives away all concerns regarding the toxic stews of heavy metals that will inevitably be produced and will almost inevitably contaminate groundwater supplies.

When it comes to energy the way Greece has ignored sustainable technologies is utterly criminal. Instead of investing in 100 year old technologies why not invest in Greece’s talented young engineers and trust them to come up with future solutions? This country has more than enough energy in solar and biomass alone (the latter of which is shockingly wasted) to power and heat the country 1000 times over in perpetuity. I cannot believe that it is technically not possible. And if it is economically not feasible then the problem lies with the economic system that deems it so, not with the underlying principle.

Dear Mr Maniatis, a word to the wise if I may: please change your title at least to ‘Minister of Oil Exploration and Resource Extraction’ and then at least, while you’ll still be a fool, you will no longer be a hypocrite.

Meanwhile,Tourism Minister Ms Olga Kefalogianni talks about respect to culture and alternative tourism while doing all she can to undermine both, sponsoring legislation that paves the way for glorified cookie cutter retirement villages, and all-inclusive mass tourism resorts (which are disastrous economically for all except those who visit and own them) all while letting traditional Greek villages and innovative small tourist enterprises wither and die.

Ms Kefalogianni, there are alternatives. First of all, summer tourism needs no boost. Already this year there will be two tourists for every Greek. As anyone in tourist areas will tell you it is the other 9 months of the year that are the problem. So here are just a few ideas:

While on the website of the Ministry of Tourism many of these areas are highlighted as ‘priorities’, in the recently passed Tourism bill, there was little evidence of it. That legislation instead focussed on fast-tracking ‘composite tourist villages’ as if Greece did not have enough normal ones. Meanwhile what infrastructure will actually support these monstrosities (waste management / water / electricity / medical facilities) and who will pay for it is anyone’s guess.

Of course, dear Ms Kefalogianni, what would be best is if you would actually listen to and help the young people moving heaven and earth to try and set up innovative tourist enterprises throughout the country in the face of a government that seems hell-bent on frustrating their every move. Get out of your office and away from the large developers that are no doubt bending your ear and have apparently convinced you that their millions in profits are what is best for the country.

The above are just a few key examples but are indicative of this government’s inability to come up with a single innovative thought aside from new ways to tax its citizens and businesses to oblivion. A government that is only capable of looking to the past for the policies of the future, moving boldly forward into the 20th century (the same, incidentally, applies to SYRIZA to a large degree).

It is perhaps to be expected from a sclerotic system which rewards small minded political horse-trading over talented, creative people who promote policies that actually help people. But it is no less forgivable.

Modern Greek politicians are often found wanting when compared to the ancient Greeks. And I would agree. But the main problem is not that today the country is less democratic, less educated, or less philosophical than in the past.

Our problem is exactly our fixation with looking backwards, our constant ‘European’ search for ‘evidence based policies’. While that may sound like a sensible thing to search for, it is also completely counter to the idea of innovation. Innovative ideas, by definition, have little evidence to support them because they have not been tried. ‘Evidence based policies’ in the fifties and sixties would have argued against going to the moon, developing computer technology and the internet.

And incidentally this looking backwards is exactly what the ancient Greeks did not do. They did not look to the past for ideas. They looked forward into the unknown. They were venturing into untested waters when they developed the bases of scientific thought, democracy and the rule of law.

Take the Parthenon itself. We see it as ‘old’ and ‘classical’ but when it was created it was new and daring. It is one of the most innovative structures ever built, something that pushed into the unknown, extending the boundaries of what was possible.

So let us indeed think like the ancient Greeks, and look forward into the unknown with vision and courage. Otherwise we shouldn’t even call ourselves Greeks, as we will not deserve the wealth of this land. It is ours to safeguard, not squander through petty-mindedness.

But If we are bold and wise, then we can truly, be rich. 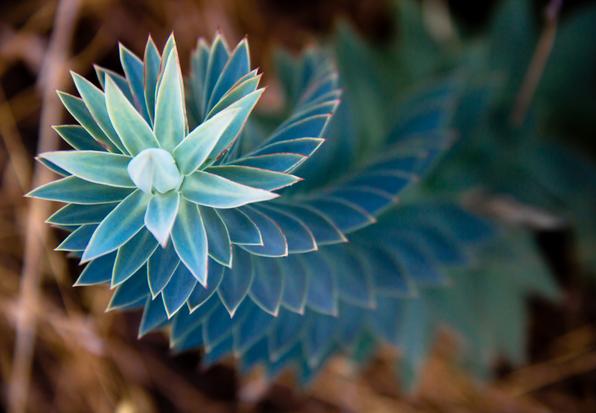 A flower on the Greek island of Lesbos. photo by Tobias Brixen via Flickr