EnglishΕλλάδα
The Press Project
Honey sold in the EU containing genetically modified pollen will not be labelled as food containing GMOs. Τhe measure passed by the European Parliament and backed by the Greek government favours German companies importing large quantities of cheaper, lower quality honey from countries outside the EU such as Canada and China.
marina.shakleina via Flickr
The Press Project
|

Greek honey production amounts to a rare success story given the country’s current dire financial climate. Prized for its exceptional quality, European demand for Greek honey has surged in recent years. According to the Federation of Greek Beekeeper’s Association, since 2009 exports of Greek honey have more than doubled, rising from approximately 600 tonnes a year to well over 1,200 tonnes in 2013.

However the recent European Parliament vote on the issue of honey labelling has been described as a setback for Greece’s beekeepers, favouring German companies importing large quantities of cheaper, lower quality honey from countries outside the European Union such as Canada and China.

“The ingredient/constituent argument has arisen due to the labelling implications of each option. If pollen continues to be considered a ‘constituent’, any GM pollen present would not need to be labelled. This is because, according to the GM regulation, only GM content above 0.9 % needs to be labelled. Since pollen only forms around 0.5 % of any batch of honey, it would never exceed the labelling threshold,” said Centre-right British MEP Julie Girling, who coordinated the legislation. Her report was adopted by 430 votes to 224, with 19 abstentions. 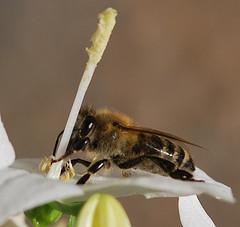 However this view is directly at odds with a 2011 ruling by the European Court of Justice. That came during a landmark case brought to the court by Karl-Heinz Bablok, a German beekeeper whose honey became contaminated with pollen from a crop of MON81, a experimental genetically modified strain of maize being grown by biotechnology giant Monsanto 500 meters away from Mr Bablok’s bees. The court had then ruled that given that the pollen in question was produced from GMO’s it should be considered an ingredient in the honey and therefore subject to regulations regarding GMO’s. At the time the ruling was considered a victory for anti-GM campaigners seeking strict labelling requirements on foods containing GM ingredients, or products from animals raised on GM feed.

However it did not stop a campaign being launched in Europe for the passage of the measure by the European Parliament that classes all pollen in honey – be it GM or not – as a ‘natural constituent.’ According to Ms Girling, the legislation was necessary because to follow the ECJ’s ruling and require relabelling of all honey as containing pollen would cost the industry €3.25 million and ‘undermine consumer perception of honey as a natural product.’

That view was described as “nonsense,” by Katerina Karatasou a beekeeper, veterinarian and scientific adviser to the Greek Federation of Beekeeping Association. “What they said, that they are saving money for all beekeepers over labelling is a ruse.” she told TPPi. “They could have achieved the same result very simply by saying, just like the European Court did, that pollen from GMO’s is an ingredient in honey because it is not naturally occurring, whereas natural pollen is a constituent. Then only honey with GMO pollen would have to be labelled.”

Many believe that the move to prevent GMO containing honey to be labelled was brought about to serve the interests of countries such as Spain which allow GM crops and the large, mainly German, companies importing honey from countries where use of GM crops is widespread such as Canada, Argentina and, increasingly, China. Currently about 50% of the honey consumed in the EU is imported. 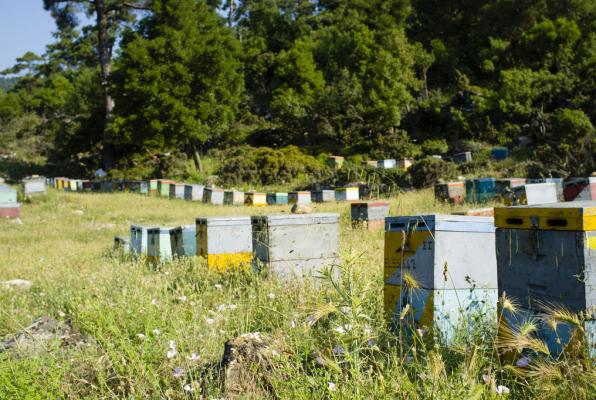 “It puts us at a competitive disadvantage,” Ms Karatasou said. “The advantage of Greek honey is that about 90% of it comes from natural ecosystems in non-cultivated land from beekeepers who move their bees from place to place. This means that the quality is exceptional but we cannot compete on price with the large honey producers. Labelling allows consumers to choose quality.” All Greek honey is by default GMO free given that GM crops are prohibited from being grown in the country.

Given the importance of the labelling issue to Greece’s estimated 20,000 beekeepers it is also perplexing that according to independent MEP Kriton Arsenis who voted in favour of labelling, the Greek government requested Greek MEPs vote against it. Despite the apparent instruction however only 3 of the country’s 22 MEPs did so.

In a statement on his website Mr Arsenis is quoted as saying, “it is unfortunately a day of shame for the European Parliament. The neo-liberals, the right, the conservatives and anti-europeans united with the interests of the large honey bottling and importing companies over the citizens who wish to know if their honey contains GMOs.  It is sad that despite our country not allowing the cultivation of GM crops, the Greek government asked MEPs to vote against labelling.”

The proposal must still be put before the European Council which is divided on the GM labelling issue. If the Council adopts the proposal and it becomes law, it may also still be challenged in the courts. For their part the Greek beekeepers maintain hope that the fight is not over and will continue to battle over the labelling issues. “We are planning a movement with other beekeepers in Europe to put special GMO free branding on our honey as a countermeasure.” said the president of the Greek Beekeeper’s federation Vasileios Ntouros. “Then we’ll see what all those who can’t write that on their honey will do.”