EnglishΠολιτισμός
The Press Project
Author and archaeology blogger Dorothy King tries to solve the riddle behind the Amphipolis mosaic revealed on Sunday and draws parallels with other excavated tombs. She finally reaches an astounding conclusion...
The Press Project
|

The gradual removal of part of the soil filling the secondroom, behind the Caryatids, continued until the surface of the floor was revealed at a depth of 6 m. the dome. This revealed part of a mosaic floor, which covers the entire surface of floor, ie 4.5 m wide by 3 m. long.

The mosaic is made ​​of small pebbles, white, black, greyish, blue, red and yellow.

The main scene depicts a chariotin motion, drawn by two whitehorses, with a bearded man with a laurel wreath on his head. In front of the chariot is the god Hermes as psychopompos. 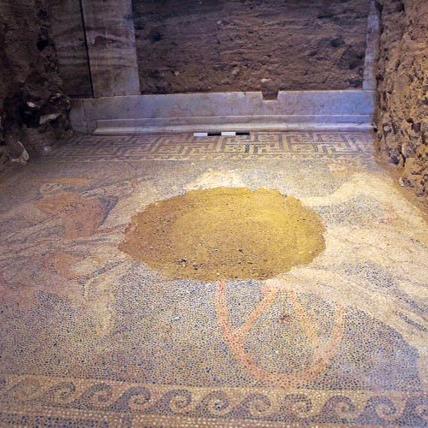 The figure below is clearly Hermes, and that is clear from his insignia which are standard iconography and seen in a number of Macedonian tombs.

The facade of the Great Tomb at Lefkadia for example… 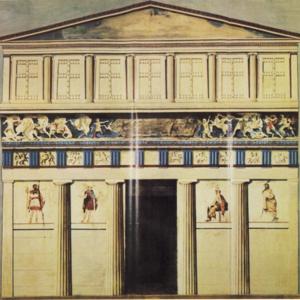 … had a depiction of Hermes in his role leading the dead to the Underworld. 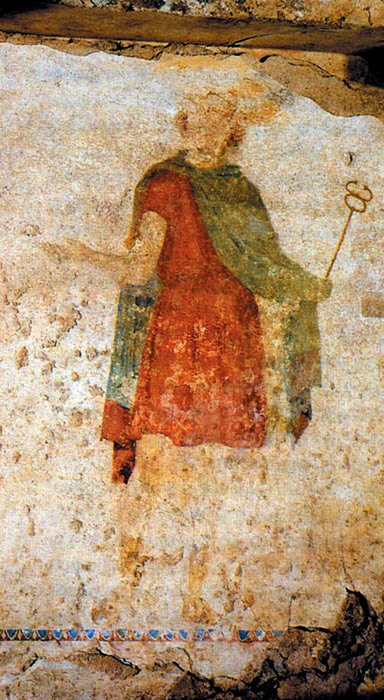 The obvious parallel to be drawn is from the tomb of Persephone at Vergina, within the same mound as Tomb II. So the bearded man in the chariot would be Hades … 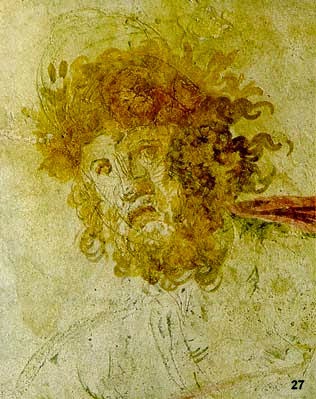 A few minor issues: the Amphipolis bearded man wears a gold wreath, which Hades could but generally does not. Phillip II won a wreath at the Olympic games. Hades tends to drive a quadriga, here only one horse is depicted. Philip II won at the Olympics the same year Alexander was born, in a race that involved one horse. No woman attempting to writhe away is shown – although both Hades and Phillip II had that problem … Oddly enough the bearded man is shown in profile, hiding the right hand side of his face. Phillip lost his right eye.

This is probably Phillip II and his horses, adding to the idea that this was a tomb or heroon glorifying Alexander. Phillip II died so that Alexander might become Great.

Update – someone kindly pointed out that the mosaic shows two horses not one … must drink more coffee before blogging!

There could well be a figure to the right under the soil that would make this Hades … but we are in the area of rulers shown as gods, and the profile depiction to me suggests that it is Philip II, and if it is Hades with the face of Phillip II then this is a nice little irony.