English
Θάνος Καμήλαλης
The liberal and centrist Mitsotakis administration handled the pandemic with great success, instilled a sense of security into the citizens, as promised, and faced a series of natural disasters assertively and efficiently, limiting the range and consequences of the catastrophes. They did everything so wonderfully that they celebrated their success again and again, with the Prime Minister himself asking the opposition to "spot the mistake" in the Parliament. However, in the middle of their God-ordained work and without any explanation, crucially important ministers were removed and the openings towards the political center kept on, with the third alumnus of the far right-wing former political party LAOS (Popular Orthodox Rally), Thanos Plevris, becoming the new Minister of Health. The capstone of these brilliant political moves was the cabinet reshuffle and the global innovation of a new Minister immediately declaring he does not accept the assignment. 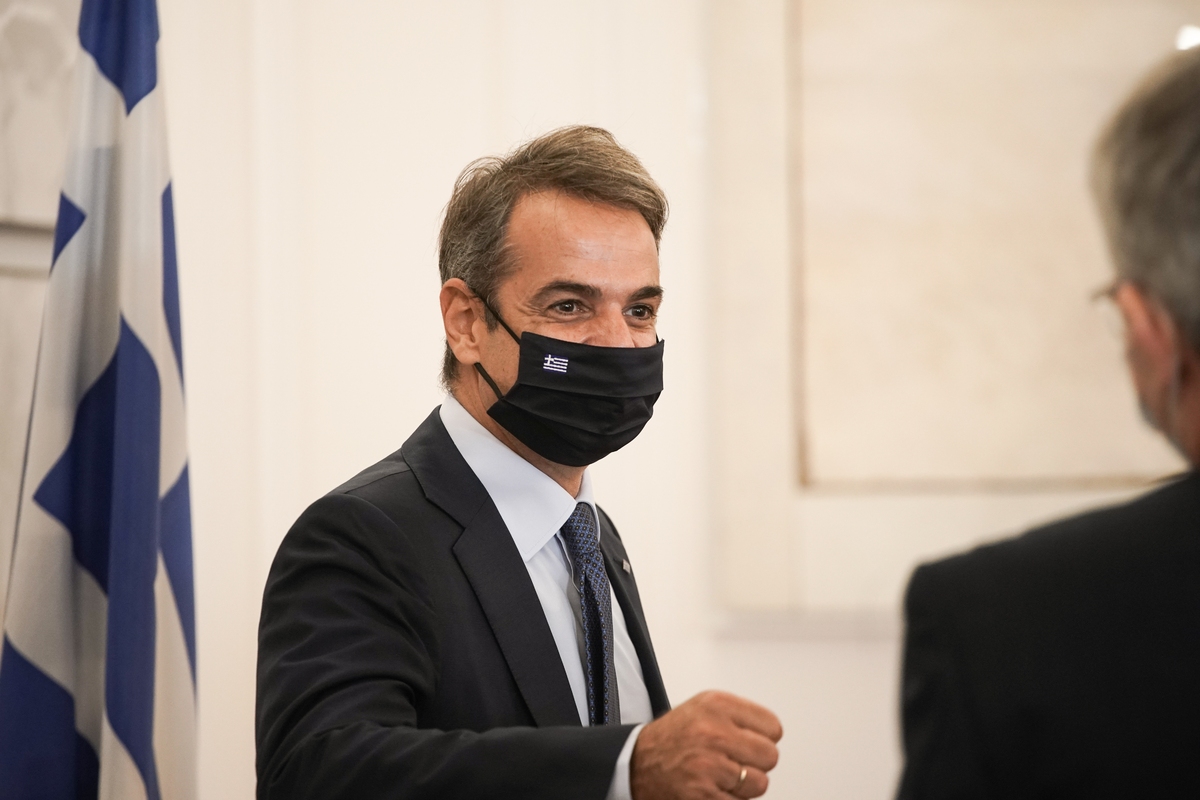 There is a very serious crack in the government PR narrative of “everything was done well,” which is usually accompanied by admonitions –even profanities— for their critics. For example, during a parliamentary session last week, Kyriakos Mitsotakis embellished his speech with right-wing internet troll expressions, such as “it is impossible to have a helicopter hovering above every house” and “we are counting [burnt] acres but back then we were counting caskets,” referring to the 2018 Mati fire tragedy. Six days after the Evia wildfires, the people responsible for their containment were removed from office, amidst countless allegations of mismanagement and a communications farce. At the same time, a week after the measures for the unvaccinated were announced, and while it has become clear that the vaccination program is lacking and the pandemic is not yet a hot topic in the media and society again, Minister of Health Vasilis Kikilias is removed in process resembling “an honorary dismissal,” as he is now Minister of Tourism. In September.

The only person to be fully dismissed is Michalis Chrisohoidis, though he is more of a joke than a minister. His last, and most memorable, statement is the best synopsis of his tenure: “[I was in Parnitha] holding a hose in my hands.” The list with his failures is extremely long: Christos Pappas, former Golden Dawn member and convicted criminal, missing for months; numerous cases of police violence; the suppression of a demonstration in Nea Smyrni last March; the curious case of Manos Fourthiotis, and, finally, the 269,400 acres of burned land throughout the country. The mass upheaval after Nea Smyrni, which was the breaking point for many when it came to police violence, forced the government to a strategic retreat on their “crackdown” policy, and the popular —in the polls— minister suffered an important political loss. It was then, when the government believed they had the upper hand, because of the Koufontinas case, to escalate the “Law, Order, and Violence” doctrine, that the facts did not align with their vision. It would be an insult even to the building for Chrisochoidis to remain a minister.

His successor is Takis Theodorikakos, who returns to the government after he was removed from the Ministry of Interior in the last cabinet reshuffle. His strategy remains to be seen, especially since he was bequeathed three new police units from his predecessor. Up in the air is also the establishment of the university police, which has been postponed twice already. It is important to note that Theodorikakos apparently did not work particularly well with the Minister of Education, Niki Kerameos. The scandals and shortcomings came one after another: masks as big as tents in schools, bickering and back-stabbing publicly, etc.

The third government reshuffle brings another former member of far-right LAOS in the forefront. The first was Adonis Georgiadis, and the second Makis Voridis, who moved from the Ministry of Agriculture to Interior. The third one is “commando” Thanos Plevris, who has a date with coronavirus as the new Minister of Health, while this position is seemingly just another piece in the political game of checkers, even with the fourth wave on the horizon. A politician who has called for the murder of immigrants at the border and their exclusion from healthcare is surely not fitting for the job. He was former PM’s Antonis Samaras’s lawyer, the policemen’s lawyer in the Zak Kostopoulos case, and he appears to be cashing out his participation in the farcical committee of inquiry aiming to convert the Novartis scandal to a conspiracy. That committee was marked by a number of antidemocratic moves and attempts to intimidate protected witnesses. Plevris is supported by Deputy Health Minister and pulmonologist Mina Gaga, who would be the person actually dealing with issues of medical nature. The new minister will probably have to implement and support more authoritarian practices and decisions against the unvaccinated, against doctors and nurses protesting again about the criminal equipment and staff shortages, but also implement and support policies excluding part of the population from public healthcare services (due to the pandemic and/or privatizations). Besides, the harshest healthcare policies were implemented by his political ally Adonis Georgiadis, during 2012-2014.

The cherry on top was the unprecedented debacle surrounding the appointment of former SYRIZA Minister, Admiral Evangelos Apostolakis, who was approached for the new Ministry of Civil Protection, which is still in discussion. It was something unheard of, the crowning achievement of a government who flirts shamelessly with ridiculousness, something straight out of the theatre of the absurd that claims a place in the pantheon of ludicrousness, along with the huge school masks, the nonsensical online seminars for freelancers, metro station “Kostas Mpakogiannis,” the murdered brother-in-law of the Prime Minister, etc.

When it came to Apostolakis, it seems that Mitsotakis attempted to dribble past SYRIZA, and place a Minister of “approval without approval,” as the Admiral would only take on the ministry with SYRIZA’s consent. After all, civil protection will remain relevant for a while, with disasters during the summer months and pandemic restrictions during the winter. His presence would somewhat dampen SYRIZA’s objections and their intensity. It is important to note how the administration tried to create another Ministry for Civil Protection, alongside the Ministry of “Citizen Protection,” which truly exemplifies the “small and flexible administration” New Democracy has promised. In the end, Mitsotakis stepped on the ball and tripped, instead of dribbling. Two hours after the long-time planned cabinet reshuffle, the administration found themselves slandering someone they had wanted as a minister.

For two years now, Mitsotakis’s government has waned a merciless war against society, supported by an overwhelming media majority who unabashedly justify their every move. Two years after their rise to power, their influence has declined significantly and they have started counting their political losses. This led to them admitting failure (albeit discreetly) in healthcare, “security,” and civil protection. However, they only sacrificed the front-line soldiers, not the generals who laid out the plan. Mitsotakis is trying to put Samuel Beckett’s saying to the test: “fail again, fail better,” and the results appear to be predestined. This succession of failures, the legislative attack against economy and society burdens, not them.

Now that the challenges will continue to pile on and the emperor is revealed to be more naked by the day, there is only one crucial question: until when will society continue to allow this dizzying descent into madness?