English
Κωνσταντίνος Πουλής
Today (18 September) is the anniversary of the murder of Pavlos Fyssas, a time when we are called to reconsider what we already know.  These days, when rhetorically everyone condemns Fascism, it is worth, in my opinion at least, to ask ourselves what we have failed to fully grasp since the day of Pavlos’ murder. 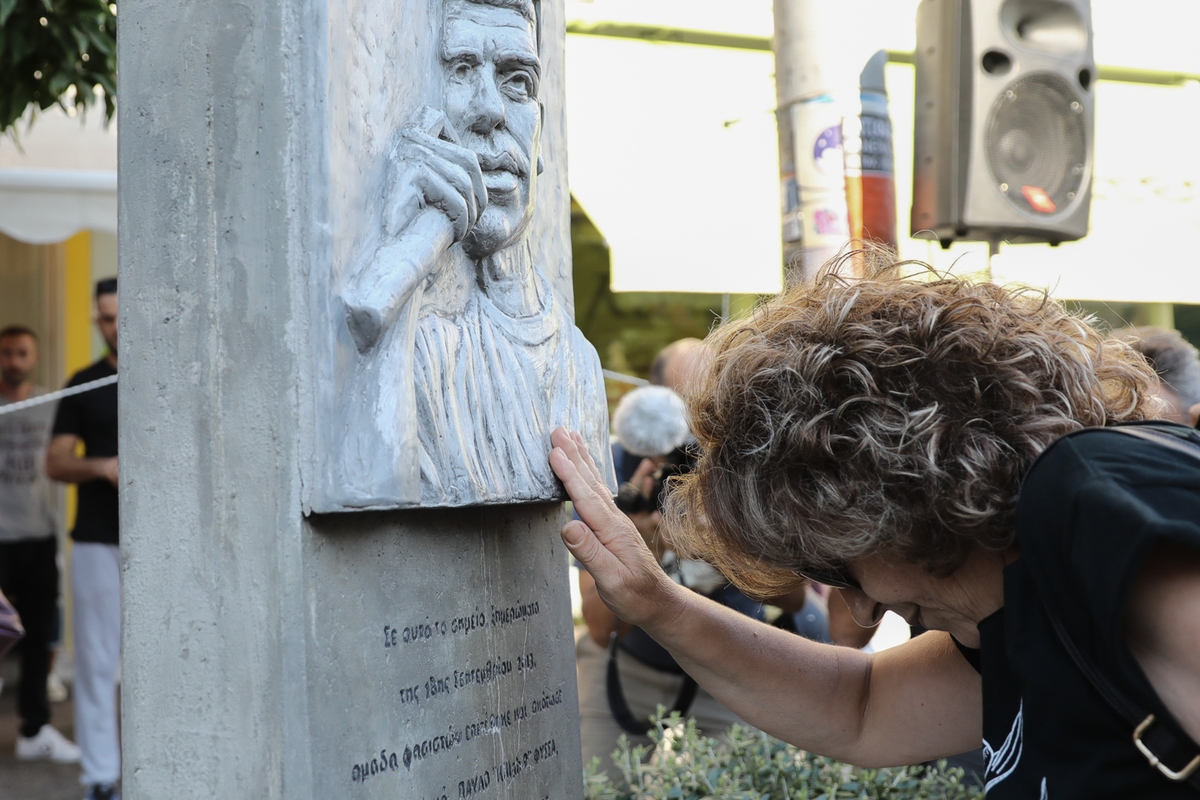 Our discussions of the Golden Dawn today are situated within an entirely different political environment compared to the last three or four years. We talk about the Golden Dawn voicing our satisfaction as their offices close one after the other, their signs are torn down, and trucks empty stuff from Neonazi offices moving them to warehouses. During Kristallnacht, school-children threw rocks at the homes of Jews and teenagers attacked the elderly. I have witnessed school-children throwing rocks at immigrants’ houses with my own eyes. I arrived as they were running away. But today, we have reasons to hope that fewer school-children are likely to want to mimic the herd of cowardly assholes who whimper in court like snot-nosed children and shit on their ideology to protect and save themselves.

We have all been trained in skepticism during recent years: not to be satisfied, to think that there is always more to the story. It makes sense, that there is always skepticism about whatever happens to be good, and even skepticism about a sweeping victory. It is more or less now a common trope of the conversation on the left that Golden Dawn’s voters did not disappear, but moved either to Kyriakos Velopoulos’s party, the Greek Solution, or to New Democracy. I believe that this is not only a complete mistake, but something much more serious: an insult to the victims of Golden Dawn. Our analyses need to be subtle and careful, and take into consideration objections and nuances, as much as possible. No analysis of the Greek Radical Right can ignore the fact that Golden Dawn, unlike other groups, are Neo-Nazi Stormtroopers. To ignore that it seems to me, is not only naive, but also an indication that we have learned nothing from experiencing the rise and fall of Neo-Nazism.

To be sure, one can argue that conditions in Moria are barbaric, as are suicides and widespread poverty. But what is the point of analyzing Golden Dawn while not being able to understand the difference between Mr. Kiranakis and Mr. Lagos? On the anniversary of Pavlos Fyssas’ murder, let us consider the two reasons why Golden Dawn should not, in my opinion, be put in the same category as the awful and disgusting far right.

I imagine that we don’t need to explain to the readers of The Press Project Golden Dawn’s Neo-Nazi ideology, (see for example a video by Imerodromos with relavant material). Any well- informed reader knows all this, given the tireless research and reporting by Dimitris Psarras and others. What this means is that for Golden Dawn members, those same pages of the history books which make us recoil are the pages that make them hug and celebrate. Whereas they are Holocaust deniers in public, when they are among themselves, they smile and rejoice about the Holocaust, crack jokes about Jews on the lovely trip to Auschwitz with its beautiful landscape and tall chimneys, and take pictures laughing in front of Holocaust memorials. I am not saying that this is an easy or a secondary issue, but one of the characteristics of the Holocaust is that it is not comparable to anything else; that it is unique. These people smile where we shudder, when we read, for instance, that 370,000 men’s suits and 837,000 women’s coats and dresses were found in concentration camp warehouses, or that a line of train cars, five at a time, would take more than an hour to move. The fact that the European far-right is keeping its distance from the Neo-Nazi Golden Dawn is not a coincidence.

The second issue has to do with the Stormtroopers. This is an argument among a section of the left that does not merely surprise but defies comprehension. It is broadcast constantly on social media that fascism is ubiquitous, and certainly there is a grain of truth in this. But when comparing racists who murder using military-style troops with those who only espouse a racist ideology, it makes no sense to claim that the difference is that one of them “simply” kills. Today, on the anniversary Pavlos Fyssas’ murder, those who argue that the Golden Dawn “merely” morphed into the Greek Solution and the New Democracy must seriously rethink this phrase that “there is no difference, except that one kills,” and consider never using it.

It is understandable that truly concerned people might say this. As is the desire not to erase the fact that Baltakos kept an open channel with the Golden Dawn.  All this is understandable, and we must never forget that Roupakias’ armed hand was able to reach out and murder Fyssas through a long web of coincidences that started with the community tolerating, if not admiring the Golden Dawn like fools, and babbling about tango dancing and protecting little grannies.  At the same time, however, we owe it to the memory of Lookman and Fyssas never to accept the argument that this “is the only difference.”  This is significant. “Slippery slope” arguments claim that speaking and acting are the same, that slaughtering, and hating are the same, because in the end it is all the same. I say that such arguments are defunct, and that we must confront them now, today, in the memory of someone who lost his life.

Ruth Klugger was able to escape from a Jewish death march and hide in a crowd of refugees. Those death marches, she said, gave German citizens one last chance to finally see the prisoners of the concentration camps.  She continues:

“The prisoners were made to cross the city center in the early afternoon but residents on both sides of the street turned their heads away.  Others hid their emotions in expressionless faces in case it looked as if they noticed something. ‘We have our own troubles; we don’t care about yours.’  We waited at the end of the street until the line of ‘sub-humans’ passed by us. A few weeks later, when the Americans took over Straubing, none of the residents had seen anything.  And in a way, no one had. Because you cannot see that which you do not care to see or have paid attention to. In this regard, only I had seen it.”

If we cannot distinguish between stormtroopers and widespread racist views, we have not seen and understood. It is too late to claim that we have not understood. Beginning today, on this occasion, let us make an effort to understand. The point is not to feel content that everything is over. The point is to no longer be caught sleeping. To no longer remain ignorant of what lies before our very eyes.